So, 2017 was a huge year for the Spread Hope Project! Here’s a brief recap:

Oh, and I got married. There’s that! 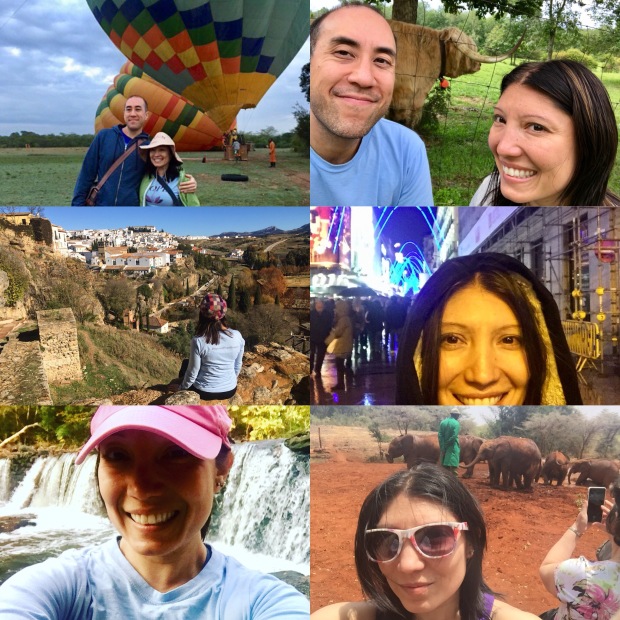 Well, we’ll I’ll be continuing the 365 Days of Hope posts through May 31st, as this year’s started on June 1. Plus, we’ll be announcing our Ambassador program and some new community based projects.  Oh, did I mention we’ll be headed to Greece, and back to Spain?

Of course, we’re always looking for new local partners, so if you’re interested in a dual awareness project, we’d love to chat with you!

Last I posted, my cousin and I were headed to Spain for an eight day adventure through four cities.  I absolutely love to travel. In fact, my alter-ego is that of a travel planner – I’ve owned my own business for almost 12 years. So there was no doubt we’d have a great time, despite the taxi strike and the super cold temperatures and getting lost a thousand times and the fact that we nearly had to strip down in a waffle shop (there’s a longer story there, as you may imagine). But this trip was particularly timely.

On the balcony of our Parador in Ronda

You see, I’ve been feeling a bit lost lately. Not the same type of actual, “haven’t we passed that restaurant five times” lost that we were in Spain, but lost in life. I’ve been searching for how to turn my passion for helping people and inspiring hope into something thats… more than a passion. Because as much as I absolutely love doing these things, they don’t currently pay the bills. So I’ve been stuck in this grand “what do I do with my life” for the past few months or so. I mean, to be honest, I have that question often, but recently, due to certain circumstances in my life, it’s felt more pressing, more urgent. Like I need to figure it out now, and to start making the next steps.

Sunrise as we hiked down the mountain in Ronda

And I am not going to say I had some sort of epiphany during a sunrise hike down the mountain inRonda, because I didn’t (I did do the sunrise hike, but I couldn’t feel my hands, let alone an epiphany). I wish I could say this truly. I wish I had a eureka moment where everything made sense, and I knew the path ahead. But I have too low self-confidence to have those. People who have these moments are sure of their ability to make that path work. I, on the other hand, continually question myself, even when I’m succeeding. But I did have some tiny little lightbulbs start to brighten. Something akin to dim path lighting on a dark sidewalk. Out there, in the fresh air overlooking the countryside in Andalucia, as I froze my way down the mountain, I gained some hope. Hope that, perhaps I might not be able to accomplish my goals in the way I originally wanted to, but that I would somehow get there. Ideas, small ones, began to pop into my brain. What if you did this? How about that? More like tiny directives, stepping stones. Which is what I need, because I’m a big picture person who can see the end goal, but not how to get there. 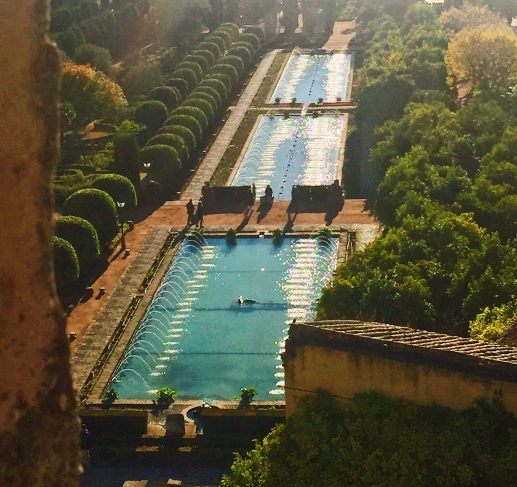 At the Alcazar in Cordoba. View from one of the castle turrets.

And so there, in the hills of southern Spain, my perspective changed both literally and figuratively. It may have taken me traveling thousands of miles away to get to that point, but hope is hope, and sometimes, it comes in forms that you least expect. I guess I’ll just have to travel more often!

View of the Puente Nuevo as we hiked in Ronda.

On Monday evening (11/27), my cousin Lauren (Lo, for short) and I are headed to Spain. The trip is for her birthday, but really, we also just love to travel. We’ll be there for just over a week, traveling to Madrid, Barcelona, a brief stop in Cordoba for the night, and Ronda, where we hope to do some hiking.

When Lo and I travel, we spend the majority of the time laughing. Mostly at ourselves, often at the ridiculous situations that we find ourselves in. Like the hotel room in Amsterdam where we found a mysterious wig on the floor, and upon showing the hotel manager, he replied, “Woah, you didn’t expect that, did you?!”.  Because, does anyone? Or the 300 times we crossed the same canal in Amsterdam trying to find the Torture Museum. Then there was that time we accidentally ended up in a window in the Red Light Museum. Or when we thought we had mistakenly trained into Germany without our passports (because we hadn’t planned on leaving Belgium). These are just a few of many examples. But the point is, with all of this ridiculousness we laugh. Many times until we’re practically crying.

Travel in and of itself gives me hope. Connecting with people across cultures and countries, trying and learning new customs, finding hidden gems that we somehow stumbled into, often literally in Lo and my case. It bridges gaps between countries and people. I’ve found myself sitting in a hole-in-the-wall bar where everyone’s watching a football (soccer, Americans) game, and suddenly absorbed in the cheering for some local team I hadn’t heard of before walking in. I’ve made lifelong friends from around the world during my travels.

So as Lo and I travel and exude ridiculousness throughout Spain, I’ll be instagramming and keeping my journal, in order to blog when I get back home. It may be simply happy and funny moments throughout my trip which made me smile, or silly experiences that made me laugh (surely some of those), or something that I learned along the way.

Until the blogs, make sure to follow Spread Hope Project on Instagram, for more frequent updates on our Spain adventures!

In Amsterdam, after the wig incident, and on about 3 hours of sleep from an overnight flight.

It’s been a busy couple of weeks as we get ready for our trip to Africa. We leave a week from today! Exciting stuff. We have our Hope shirts all packed and ready to go, and are looking forward to exploring Kenya and Tanzania with them. While we’re not sure of the wifi/internet access we’ll have there, we hope to upload photos to Instagram throughout the trip when we can.   Our trip destinations include:

While we’re unbelievably excited to be Spreading Hope over in Africa, we could use some help keeping the momentum going here. That’s where you all come in. While we’re traveling, we’re asking a big favor of those friends who are … well, anywhere, really. Take photos throughout your neighborhoods, on your travels – day trips, vacations, family reunions, it all counts – post on Instagram, and hashtag #spreadhopeproject. If you want to create some homemade swag, even better! Make a Spread Hope Project sign or wear some purple (the color scheme of SHP) or whatever else you feel like doing.  Don’t forget to add your destination in your post too.

Have questions about the Spread Hope Project, or interested to learn more ways to participate? Let us know!  The more people involved, the more people we can reach and the more hope we spread.