Exciting stuff today! Last week, I shared my story and the story behind how Spread Hope Project came about. I also asked others to share their stories, and received a message from Alana Michaels, creator of My Passion Project.  Alana’s story touched me, and I wanted to share it here on Spread Hope:

One year ago today I was in the middle of a ten day stint with absolutely no sleep. Those few days lead me to a $400 hotel room in the middle of bustling New York City to spend a night completely by myself (I hated New York City). The morning after my hotel stay I was to the point where I was convinced I had been being filmed. I was awake all night “realizing” that I was being watched and observed by a camera crew and I started to question if my family and friends were “real” or just actors. I’m not quite sure how I made it out of the city that day and back to my car in New Jersey. I had numerous family and friends texting me trying to get me out in one piece… I guess they succeeded … well, sort of. It was that day that I was admitted into the psychiatric emergency room where I spent 8 hours before being taken by an ambulance to a mental hospital where I would spend 6 nights and 7 days … the reason for my stay? A severe manic episode of bipolar disorder.

This was not my first experience with mania … but it was by far the worst episode. This particular one was triggered by the decision to get a divorce from my husband. Every time I’ve had an episode it’s been because of some sort of stressful and major event in my life. The one prior to this one was brought on by the birth of my son … I spent a year on a roller coaster of ups and downs and that was when I was officially diagnosed with bipolar disorder.

It’s a disorder that’s very hard for others to understand. Hell, half the time I don’t even understand it. But when the episodes hit, my life stops. The mania is hard … but the depression is devastating.

Just as the manic episodes seem to get worse with each one … as does the depression. My most recent depression (that followed my severe mania) was by far the worst time of my entire life. I was in a suicidal depression …. to the point where I had a plan to take my own life. The thoughts of my 5 year old son and friends and family could barely save me.

I was under the care of a nurse practitioner through an outpatient program… she was not the right fit. I would be sitting there staring at the wall with tears pouring down my face and she would ask me if I was doing positive affirmations and eating enough protein.

I eventually found my own psychiatrist out of network so he did cost a lot of money … but he was worth every penny because he saved me. Medication is what saves me from this life-threatening illness.

It has been one year since my illness hit me harder than it ever had. I’ve been in therapy and keep up with my psychiatrist appointments. I haven’t been able to share this part of my story until now. I used to speak to large groups of people about my experience with my illness … but this last episode took away so much from me. I haven’t been ready … but I am now. I have H.O.P.E …Hang On Pain Ends. I hung on … and now I’m here able to share my story with you… in the hopes that it can save someone out there… like I was saved.

Thank you so much, Alana, for sharing your story. I’m so glad that you were ready to speak about your illness again, to help give others hope (H.O.P.E.).  Keep on being amazing! 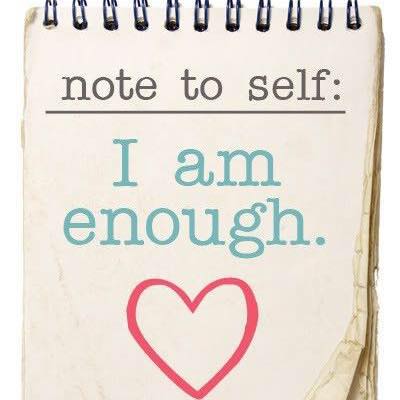 (Photo credit: From the Facebook page of My Passion Project.)