I recently participated in my first LinkUp for A Chronic Voice, and I loved the writing prompts and getting to meet fellow advocates through it. I also love talking about my home city of Philadelphia, so when she posted an Invisible Cities Linkup, focusing on what it’s like to have Chronic Illness in our home cities, I couldn’t resist. Without further adieu…

Best thing about your city for living with chronic illness?

Philly is a pretty tight-knit city – we like to say it’s the biggest small town in the country – and we are a pretty passionate, socially active, and entrepreneurial bunch. Which means that people are not shy about advocating what they stand for, and it’s pretty likely that you’ll be able to find a group that focuses on supporting your illness. And if you cannot, it’s pretty likely that you’d be able to start something and find others who are interested. We love entrepreneurs in Philly, so we’re big on supporting people’s causes, organizations, startups, and the like. For someone looking for resources, support, and/or opportunities to make their voice heard, Philly is a pretty good place to do that.

Worst thing about your city for living with chronic illness?

It’s a big, old city, which means crowds, close quarters, smog/pollution, and noise, none of which are far away because of the narrowness of the streets. So if you have sensory issues, like myself, respiratory issues, or crowds make it difficult for you, these could cause you some difficulty. Also, see number three!

How accessible do you think your city is in general?

I’ll be honest:  because we were built in the days of horse and carriage transportation, many of our streets are narrow and we have a lot of cobblestoned streets/areas. Also, because we’re so old, we have a lot of historic buildings that are “grandfathered in” when it comes to accessibility guidelines.  So if a building is “historic enough” and elevators weren’t around or prevalent when it was built, it may not be required to add one, even if it technically meets the requirements for having to do so. In other cases, certain doorways may not be large enough for larger wheelchairs or accessibility devices, because quite frankly these things weren’t considered when the buildings were built. These are just a few basic examples, but I’d say that Philly has a ways to go in terms of accessibility across the board. I think we like the idea of being more accessible, we want to be, we just aren’t really sure how to go about it, especially in terms of the historic guidelines.

How educated is the public on chronic illnesses there?

I can’t speak for all illnesses certainly, but I can speak from my point of view as someone with a mental health condition. Because of our hospital and university system, there is a lot of public outreach about health and chronic illness, and several of our area universities have student networks that are particularly active in chronic illness and mental health awareness.  Being a large city, a lot of major illness-focused organizations have local chapters in the area, and just about every weekend I see numerous walks, awareness events, and the like for all types of chronic illness.  So I think this helps with the education, or at least the awareness aspect.

From the mental health standpoint, the local chapter of the American Foundation for Suicide Prevention (AFSP) is very active – we’ve hosted the Out of the Darkness Overnight Walk here in Philly twice in the last five years (it’s only held in two cities across the country each year, so hosting it is a pretty big deal). The local chapter also hosts events throughout the year, and they even helped paint a large mural related to suicide prevention in the city  (murals are a HUGE thing in Philly).  NAMI also has numerous chapters in the area, and their chapters frequently are involved in outreach and awareness campaigns, plus they offer a wide variety of resources.  In addition, having a large number of universities in the area, we there’s a large student voice, and I’ve noticed an increasing number of university-related/student group programs, awareness campaigns, events, and so forth.  So I think the public is becoming more educated, and I think people are wanting to be more involved and active in these causes, or at least more knowledgeable about them.  That said, there’s going to be ignorance about chronic and mental illness anywhere, but at least from my own point of view, I usually find that more on an individual level (i.e. a person here or there) as opposed to a pervasive attitude in the city.

Mile 9 of this past year’s Overnight Walk.

The finish of this year’s Overnight Walk in Philadelphia, on the steps of our Art Museum.

If you could pass one new law in your country, what would that be?

Not sure about a law, but I would certainly make affordable, quality healthcare and medication more accessible. Nobody should have to choose between going un/under-treated and going into debt.

Which is your favourite city or country (other than your own) and why?

For Chronic Illness, or in general? I haven’t lived outside of the US since being diagnosed (I studied in Australia in college and wasn’t diagnosed until age 29), so I can’t speak to it from a chronic illness standpoint. But my favorite city to visit is Paris. I just love everything about it. That said, it’s tough to find a major European city I don’t love! 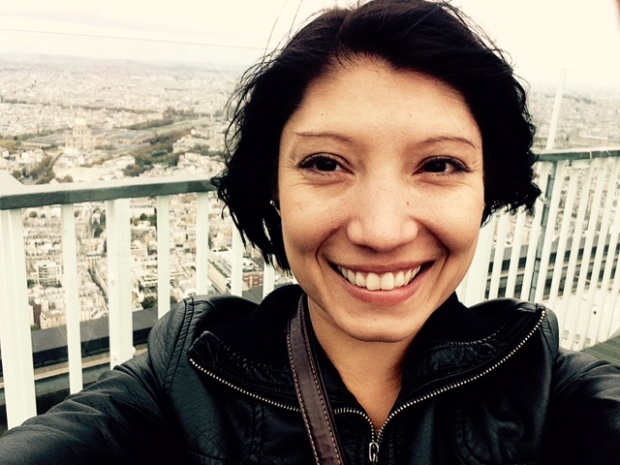 On top of Montnarpasse Tower in Paris

I mean, how can you argue with that? The owners also eat here! 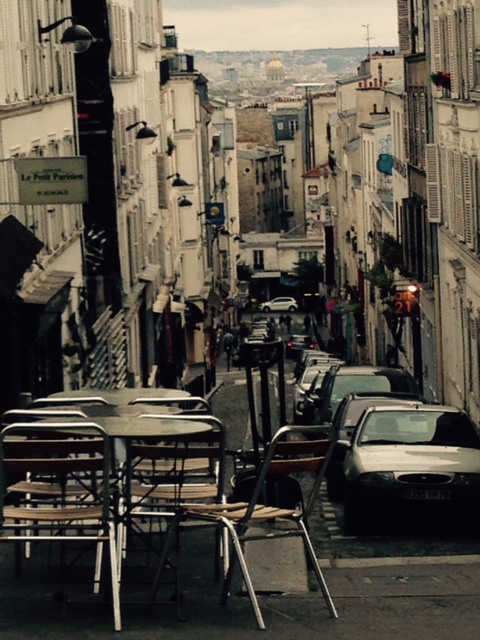 Where in the world would you visit, if disability, illness or level of fitness weren’t an issue?

I’m kind of cheating on this one because in addition to advocacy, I run a travel planning company, so I’ve had the opportunity to travel all over, and I actually often feel more at home when traveling than in daily life – I’m an incredibly restless spirit and a wandering soul. My absolute favorite places to visit have been in Southern and Eastern Africa (Botswana, Kenya, Tanzania), with the caveat that we went the very luxurious route. So probably, I’d go back there, on a similar type of trip. The advantage of my travel there was that all of my travel was private (i.e. no big groups for social anxiety), there were more animals than people (basically my dream environment as a socially anxious introvert), everything felt incredibly open and spacious (physical openness and space helps me feel more mentally/emotionally open and free), and I had everything pre-arranged, so it took the “thinking” out of it once there, so to speak.  I didn’t have to come up with plans for each day, worry how to get from here to there, etc. It was all done in advance, and I had local experts to help us navigate. That was a huge mental freedom for me. 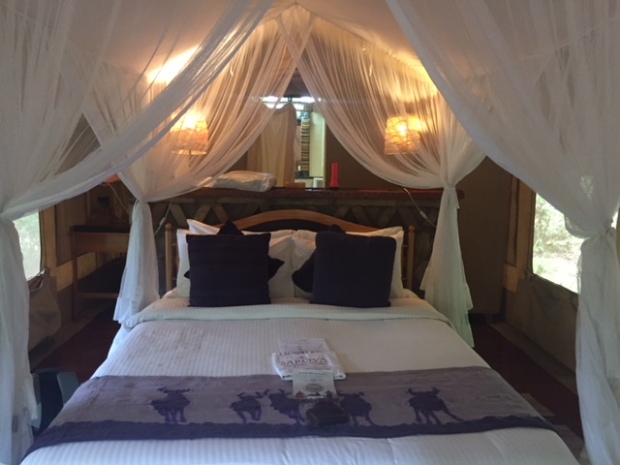 What sort of alternative treatments or therapies wouldn’t raise any eyebrows there? (Perhaps it’s ingrained in the culture, totally legal, etc).

Nothing outside of the norm that I can think of, but we are a pretty culturally diverse city, so I’d say that probably, you’re less likely to encounter raised eyebrows here than some places.

Which are the most and least affordable therapies there? How much do they cost in general?

In terms of alternative therapies, I’m not really sure. But I will say that we have a lot of studios that are starting to combine various mind/body activities and treatments – i.e. yoga studios with flotation therapy, access to massages, tissue work, and the like. Often, these studios/companies offer discounts for people who are new, package deals, and other discounts that help the cost.

How expensive is it to live with a chronic illness there? Any stats you’d like to share to give a clearer picture?

I’d say that like anywhere in the U.S, it’s expensive to live with a chronic illness, and it all depends on your insurance. I’m lucky that my husband works in healthcare and has fantastic insurance, but before we were married, I paid about $440 a month for basic insurance, and that covered very little, so I ended up paying out of pocket for a ton. I also could only be on generics, because otherwise I’d pay 50% of all medication costs, which would have probably been about $1000 a month. I have no issue with generics, but thre were times I had to not take a medication because it was only name brand and I could no longer afford it. And honestly, none of this considered particularly expensive or unusual for the self-insured around here. I know people paying a lot more. I think this is a U.S. issue in general.

We’re lucky here in Philly, as we have some of the best hospitals in the country. Plus because many of them are connected to Universities, there’s a big focus on research, which also means we tend to be in the forefront with new trials, treatments, procedures, etc.   Honestly, if I had to move away from the Philly area, losing the hospital system would be a huge negative. It’s one of the city’s biggest benefits, in my opinion, for those living with chronic illness.

What should foreigners be aware of in regards to healthcare, if they want to visit or work in your city?

I think that for anyone coming from a country where healthcare is free/universal, there would be  a good amount of “sticker shock” in the U.S.  On two occasions, I’ve had to take relatives to the emergency room (albeit for accidents/incidents, not illness) while on vacation in another country, and we’ve paid less for the whole ER visit than I would for a nice dinner out in Philadelphia. Here in the U.S., bills could easily add up to thousands. That said, I’m not sure how this works in terms of those who are visiting and not part of the healthcare system here, but I’d imagine it could be even worse. To me, one of the most startling aspects is that they often can’t tell you even remotely how much your hospital visit/test/procedure/specialist/etc is going to cost. You go in and pay your copay, and then sometimes, often months later, you get a bill for whatever your insurance didn’t cover. This could be $100, $5000, or anything in between, and you often have no idea until you get the bill.

Where are you from? What is living with Chronic Illness like in your city? I’d love to hear!